In this article, we will see a video that explains how to create a Java program, and a very simple one, if not the simplest you can create. Even though this Java program is composed of only about seven or eight lines of code is a complete runnable program that creates an output to the console. First, let us take a look at a video, and then we will explain in plain text all the key concepts around how to create a Java program. You can read the article below and then watch the video or if you prefer to watch the video and then read the rest of the article. The article will explain the concepts shown but not discussed in the video.

System.out.println(“Hello Java Programmer, this is awesome!”); 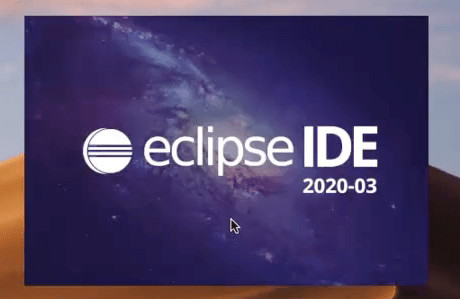 In the video we lauch the Eclipse IDE and we see the Eclipse logo shown in the above image.  Eclipse is an Integrated Develoment Environment.  An IDE can be though of as kind of a text editor on steroids.  In Eclipse you write your Java code in the Eclipse editor and compile, debug, test and document your program.

A Java Project in Eclipse

A workspace can contain projects, as a matter of fact, it can contain one project only, or many projects.  In terms of definition a project is a subfolder inside the workspace folder.  The project will also contain many subfolders of his own.

The Source Code folder in Eclipse

Creating a Package in Eclipse

Creating a class in Eclipse 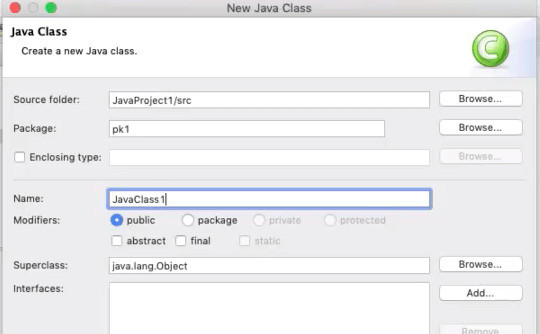 In Eclipse you can create Java classes. Above is a dialog used in Eclipse to create a class. Classes are java files inside of packages. The classes are the files that contain the actual source code. Inside a class, you have to write methods and fields. The methods imply action, the fields are where the data is stored. 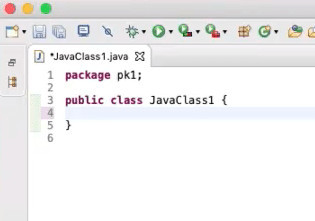 Above we have a class with no methods and no fields, just the class definition. A class like the one above does nothing. When you add methods to the class then the class does the actions the methods defined.

What is a Method in a class

The class JavaClass1 above is declared as a public class. The public keyword is used to declare that any other class can access members inside the class. This class above contains a method. The method name is main. It is a public method, this means that this method is visible to all other classes.

The Java Console is where all output generated by the System.out or System.err lands. In the class JavaClass1 we have a statement that reads:

System.out.println(“Hello Java Programmer, this is awesome!”);

In this article, we presented a video that explains how to create a Java program. In the video, we see the process of the creation and all the windows and screens you need to use to enter information in Eclipse. We saw how to launch an Eclipse session, how to select, use an existing one, or create a new workspace to contain our projects. We talk about what is a project and components of a project such as a source code folder, packages, and classes. We mention class members such as methods and fields. And the last thing we talked about was the Java Console.

The Best Help For Your Java Coding Interview